If you ask your local water provider about the disinfection treatment they use, chlorination is often mentioned.

Many water treatment systems in the U.S. and around the world use some form of chlorine and/or chloramine to destroy and prevent waterborne pathogens from spreading in the public water supplies.

However, should we be concerned about having all of that chlorine in our drinking water?

Let’s learn more about chlorine, the possible side effects, and how it impacts your water.

Chlorination in the process of adding chlorine or related compounds to the water supply to kill bacteria, parasites, and viruses that can cause illness or disease.

Chlorine added to water works because it damages the cell membrane of microorganisms and then disrupts both cell respiration and DNA activity inside, rendering them inactive.

The amount of chlorine in drinking water after the treatment process is considered safe for public health compared to the possible diseases there could be without it as a disinfectant.

Most chlorination is artificial, but it can also happen naturally.

By using low levels of either chlorine and/or chloramine, water systems managers make the water safer both at the water treatment plant and throughout the path it travels to your home.

Water chlorination is the most commonly used water disinfection treatment method by local water suppliers around the world because it is:

According to the U.S. Centers for Disease Control (CDC), chlorine was first used in the United States as a major disinfectant in 1908. Chlorine use became more common in the following decades, and by 1995 about 64% of all community water systems in the United States used chlorine in some form to disinfect drinking water.

Some chlorination can occur through natural processes when the erosion of mineral deposits containing chlorine mix with surface or ground water.

Chlorine is a natural occurring element that is considered an integral building block for organic matter.

It is an important part of many common compounds including:

Most of its natural concentrations can be found in oceans as well as mineral deposits in rocks.

Chloramine is an alternative disinfectant to chlorine that can also be used in the water treatment process and water distribution system to ensure safe drinking water.

Chloramines are a group of chemical compounds that contain chlorine as well as ammonia.

The most common form used for water disinfection is monochloramine.

Is Chlorine in Water Safe?

Chlorine in the water system is generally regarded as safe at low levels except for the disinfection by-products (DBPs) that can be formed.

According to the Environmental Protection Agency (EPA), chlorine levels up to 4 milligrams per liter (mg/L) or 4 parts per million (ppm) are considered safe in drinking water.

This means that if the levels of chlorine in drinking water are below this standard, the water is regarded as safe to drink.

On the other hand, all levels beyond the standard of chlorine in drinking water is a potential public health risk.

How Does Chlorine Affect Water Quality?

Chlorine in water can affect the overall quality and make it hard for some people to drink treated tap water.

There are several indicators that water has been treated with chlorine. The effects of chlorine include taste, smell, hardness, and clarity.

Chlorinated drinking water has a distinct smell that is unlike untreated tap water. The smell is very similar to the odor of bleach.

There is a distinct taste when drinking chlorinated water which many people consider unpleasant.

Although chlorine does not affect the hardness of the water, the calcium that comes along it during water chlorination can increase water hardness.

Finally, unless you use water filters, high levels of chlorine can make your drinking water cloudy.

Health Benefits of Chlorine in Your Drinking Water

Using chlorine to disinfect the water will effectively kill bacteria, viruses and other disease-causing microorganisms and prevent waterborne diseases.

This makes it safer for you to use and drink the water with chlorine.

It also provides residual protection and prevents recontamination of your water before it reaches your tap.

One of the major health effects is that it reduces the incidence of diarrheal disease that are common in areas that have poor water quality and known contaminated sources.

Although chlorinated water is beneficial in some very important ways, there are a lot of negative health effects caused by exposure, especially if the amount of chlorine is very high and you consume it every day.

Disinfection by-products (DBPs or trihalomethanes) are formed when chlorine and bromine interact with organic materials in chlorinated drinking water and chlorine-treated swimming pools.

DBPs end up in the air during activities such as showering, bathing, dishwashing, and swimming and you may notice the health effects after high or prolonged exposure.

Here are some of the known health risks of chlorinated water, according to the U.S. Centers for Disease Control and Prevention (CDC) and Safewater.org.

Even those without a history of respiratory problems like asthma still experience respiratory conditions in highly chlorinated pools or showers.

There is a recent study about the relationship with food allergies and various substances in the body.

Dichlorophenols are a by-product of adding chlorine to water.

Some studies show findings about the relationship of chlorine and carcinogenic conditions.

One study in the United States found that bladder cancer risk is increased by drinking and/or swimming in chlorinated water.

Aside from bladder cancer, there are cases of rectal cancer that can be attributed to chlorinated water systems.

Rectal or colon cancer is more likely to occur after three decades of drinking chlorinated water.

The infection rate can greatly increase with exposure to DBPs.

Prolonged exposure to high levels of chlorinated water can cause skin irritation. This is referred to as irritant dermatitis or a chemical burn on the skin.

The skin will react negatively with contact to chlorine, and you may feel itchy and appear red or develop hives.

Chlorinated water can dehydrate your eyes and tear the protective film also a little milder than chlorine gas.

The visible symptoms are redness in your eyes, tears, and light sensitivity.

However, serious cases can lead to conjunctivitis which is an infection in the eyes due to a virus or bacteria.

Aversion to Taste and Smell

If you don’t like the taste or smell of treated tap water, you may avoid using it.

This may require you to buy expensive bottled drinking water or invest in a water filter that will remove the residual chlorine and improve the purity.

If you experience any of these symptoms that become problematic, you should contact a doctor as you could be over-exposed to harmful disinfection by-products (DBPs) or chlorine.

What are the Effects of Chlorinated Water on Plants and Animals?

For other organisms, like mammals and birds, chlorinated tap water is safe to use for bathing and as drinking water. However, it can have harmful effects on marine animals, and fish can die if chlorinated water passes through their gills.

Even though chlorine is an essential nutrient to plants, using high levels of chlorine in tap water to irrigate the plants in your garden can kill them.

In most cases, people use chlorinated water systems to irrigate garden plants and the plants survive. Avoid using chlorinated pool water as the higher levels can be toxic to your plants.

It is important to use chlorine-free water or very low-level water chlorine to protect sensitive plants and animals.

How to Remove Chlorine from Water?

While chlorine is added to water to decrease possible health dangers from low water quality, that doesn’t mean you want or need to drink it in large volumes.

Fortunately, there are methods to remove nearly all amounts of chlorine and other chemical substances from your tap water.

UV water filtration effectively kills any living disease-causing pathogens in water and can be used as an alternative to chlorination.

The most effective way to remove chlorine, chloramines, and related chemicals is using carbon filters.

Granulated activated carbon (GAC) and carbon block filters are common in even the most basic water filtering systems. They are capable of removing chlorine and some other contaminants from water.

However, most experts recommend the use of reverse osmosis water filtration systems to remove chlorine and chloramines along with most other contaminants from your home water supply.

This type of filtration system is very effective in removing large amounts of contaminants including harmful bacteria and toxic chemicals such as ammonia and trihalomethanes (THMs) present in drinking water.

Whole house water filters are also effective at removing chlorine and can be custom configured for any other issues identified with a water test.

A filtration system can remove nearly all health concerns from water including chemical compounds, tastes, smells, and other pollutants such as phosphates and lead.

A simple TDS test (which measures Total Dissolved Solids), will include chlorine levels in the total score, but will not specifically indicate how much.

Yes, when water is boiled, chlorine is released as a gas into the air. For small amounts of water, this is an effective method to remove chlorine.

What to do Next…

Although disinfecting with chlorine kills many forms of harmful microorganisms present in the drinking water distribution system, it is not a chemical you need to consume or contact externally more than necessary.

If you want your drinking water, shower water, pet water, or garden water to be free of chlorine and chlorine by-products (DBPs), then you need to act.

Water filters are a great way to remove residual chemicals in the water supply.

Alternatively, contact your water supplier to learn more about what they put in your drinking water and plan accordingly. 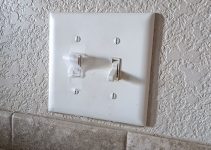 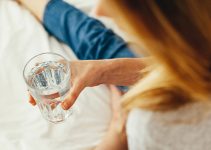 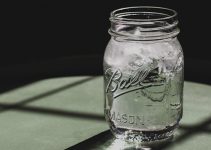 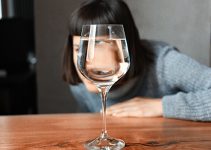 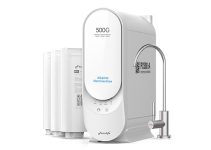 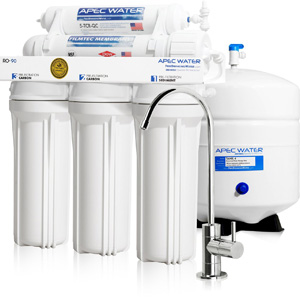 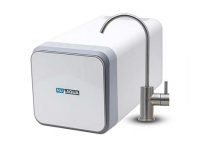 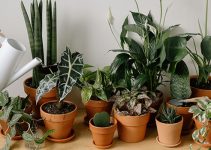 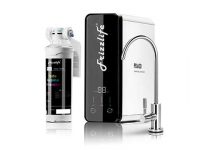